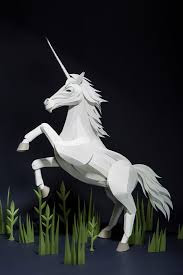 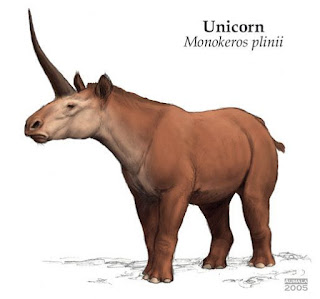 The word of the day is unicorn. Merriam-Webster's dictionary (https://www.merriam-webster.com/dictionary/unicorn) gives two definitions.

A. a mythical, usually white animal generally depicted with the body and head of a horse with long flowing mane and tail and a single often spiraled horn in the middle of the forehead

B : an animal mentioned in the Bible that is usually considered an aurochs, a one-horned rhinoceros, or an antelope

The Encyclopedia Britannical (https://www.britannica.com/animal/aurochs) says the aurochs is an extinct species of large wild cattle that inhabited Europe, Asia, and North Africa. But all the pictures accompanying the article show two horns on the animal. Huh? I found the above picture in Google images when I searched the word aurochs.

Unicorns are mentioned in the Bible – in fact, they are mentioned nine times but only occur in the Authorized King James Version of the Bible.
When a group of Greek scholars translated the original Hebrew biblical text to Greek around 250 B.C., the Hebrew word re’em puzzled them. It referred to a wild ox with one horn that apparently had become extinct. So they translated it to the closest word they knew - monokeros, meaning one-horned.

Are there unicorns in the Bible? Yes, but no one knows for sure what the Biblical unicorn really looked like.
Posted by Unknown at 5:34:00 AM