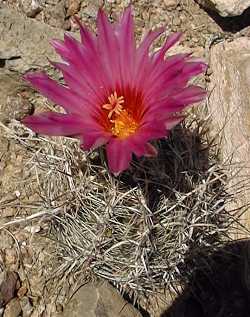 Most cactus can be found in desert regions or else where, for one reason or another, the water supply is practically nonexistent at least part of the time. This lack of water produces the soft interior makeup of the cactus and is indirectly responsible for its hard, waxy skin and fascinating array of spines. (Cacti of Texas and neighboring States - Del Weniger)

I originally intended for this blog to be strictly informational about the various cacti that call Texas home. Naw!

As I typed the previous paragraph, my thoughts took off into another direction. Namely, the fact that a lack of water supply influenced the formation of the cactus. My subconscious decided I needed to expound on that on a human level. How much is our personality influenced by our surroundings?

My upbringing took place in a less-than-affluent situation. I was the eldest of eight children whose father was the only wage-earner. He earned his living working as a carpenter building full-sized  submarines models for Electric Boat. I have sharp memories of those early years when we were refused groceries at more than one store because we could not pay our bill.

This became a strong influence for me to make earning a wage the goal of my life. It became my primary goal, suppressing any desire I might have to satisfy my curiosity about the world I lived in. Married at what is now considered a young age, family started shortly afterward, any thought or possibility of furthering my education beyond high school was erased.

Co-incidentally, it was my marriage and a subsequent move to my husband’s home state, Texas, that fueled my desire to continue to learn. Nothing like being transported to an alien culture to expand the mind. As a result, I never hesitated to plunge into unknown territory whenever something caught my attention or curiosity. This opened the door to various adventures.

What about you? Can you look back at your life and see how, where you were, affected your actions and reactions?

And that's your botany lesson for today, folks.