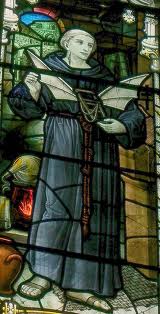 To send someone to Coventry is a British idiom meaning to ostracise someone, usually by not talking to them. To have been sent to Coventry is regarded as to be absent.

It is believed that the city of Coventry in the United Kingdom had one of the strictest monasteries, where monks that misbehaved were sent and given the punishment of a vow of silence. therefore being "sent to Coventry" means not being spoken to or communicated with.

Another possible origin of this phrase could quite probably based on events in Coventry in the English Civil War in the 1640s. In the 17th century, when this phrase is supposed to have originated, Coventry was a small town.

The story - and it is no more than that - is that Cromwell sent a group of Royalist soldiers to be imprisoned in Coventry, around 1648. The locals, who were parliamentary supporters, shunned them and refused to consort with them.

The first known citation of the allusory meaning is from the Club Book of the Tarporley Hunt, 1765: "Mr. John Barry having sent the Fox Hounds to a different place to what was ordered ... was sent to Coventry, but return'd upon giving six bottles of Claret to the Hunt."

In 1811, Grose's The Dictionary of the Vulgar Tongue understood the term to mean: “The person sent to Coventry is considered as absent; no one must speak to or answer any question he asks, except relative to duty, under penalty of being also sent to the same place.”

A well-known example of someone being sent to Coventry is Charles Dodgson (Lewis Carroll), after his falling out with the Liddell family.

This phrase was common in industrial disputes in Britain in the mid-twentieth century. in the 1960 film The Angry Silence, Richard Attenborough's character Tom Curtis gets "sent to Coventry" by fellow workers for refusing to go out on an unofficial strike.
Posted by Unknown at 8:08:00 AM