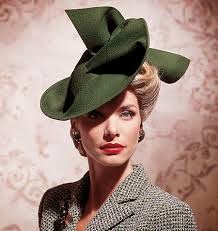 Funny how one's imagination jumps from one idea to another. In an interview, someone once asked where the idea for my novel SECOND TIME AROUND came from.

My response? I was thinking about how, in my younger days, it used to be a requirement that a woman wore a hat for all occasions. From there, I began to wonder if anyone ever favored a particular hat that became associated with important events in her life. That might make an interesting story, I told myself. I even did internet research and collected a variety of hat images to inspire the plot.


But then the story morphed and instead of hats, my imagination conjured up a particular woman. One who is recently-widowed, a mature business woman suddenly confronted with a man she believes is her first love. Then my imagination did a now-familiar twists and added this element. Suppose this first love was supposedly killed on his way to propose to her twenty-eight years previously. That story became a romantic/suspense set in Dallas, Texas with the action taking part in the 50's & 70's. And yes, I did include a scene that featured a particular hat she favored.

Many times my novels begin with a character that takes up residence in my thoughts. My job is to just visit with him or her, listen to them talk about their lives, watch some of their activities, notice the surroundings. Only when the conflicts start to emerge can I begin to write their story.

It's really a fun ride--the writing, that is. But don't ask my opinion about the other side of the picture, getting the story published and convincing people to spend their money to buy your books.
Posted by Unknown at 5:59:00 AM