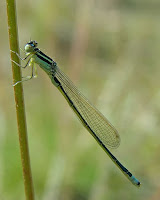 much of this information. Now you know more about dragonflies than you ever wanted to know, right?
Posted by Unknown at 6:08:00 AM No comments: 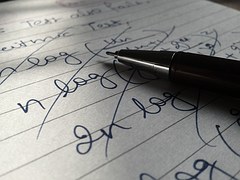 The manuscript sat on a shelf for years until I made the decision this year to finish writing their story. What I'll do with it next is anybody's guess.
Posted by Unknown at 7:43:00 PM No comments:

Spoke with a friend who is in an envious position. Her novel is near to publication and she's considering her choices. A couple agents have expressed already interest in acquiring her work (multiple novels actually.) A mid-press publisher is awaiting her possible submission...and she's even working toward the possibility of self-publishing by acquiring a book cover design of her choice.

My how the book publishing industry has changed in recent years. When I first stepped into these swirling waters many years ago, the acceptable practice for someone seeking their primary book publication was to first acquire an agent. That was because most major publishing houses had notorious rejection records for what was then called 'over the transom' submissions.

Back then, agents held immense power and never lacked for new clients so they could be selective when taking on new ones. It was a catch-22 situation - you couldn't get accepted without an agent and agents were difficult to acquire.

The advent of digital publishing has turned the publishing industry upside-down and 'those that were' are now scrambling to maintain their toe-hold in the industry. With the blooming of self-publishing, the walls have come tumbling down even more.

My friend expressed anxiety about getting published because of her age but with authors more in control of their project's future, even that hindrance has dissipated. If you've got the energy to do the required, there's no need to prove your eligibility to become an income-producing machine for others anymore.

The really important factor to success is a well-crafted work and passion for your book. In this new world of publishing, there's no telling how far those two factors will take you.

Sometime a blog topic will just scream to be written. Then, there are times like this week when all thoughts of writing anything are buried beneath a heavy to-do list. So, I came to this site today rather empty-headed. Duh! Did I just say that about myself? Oh well, if the shoe fits....

When the brain goes blank, I can always fall back on a  reliable practice ...I will count a few blessings I experienced this week.
Looking back, it certainly was a busy week; I even managed to fit in three meetings and a trip to Tyler lastly on Friday to get hubby enrolled in the Veterans' Medical Services program.

And perhaps, there will be time to start the research for a future project next week.

I just took the time to look at responses by readers of my  latest, Mai Lin. Perhaps you'll be interested in what they said about this story.

"This is a wonderful book written in period. I love how well the characters are developed, especially Mai Lin. This is the kind of book that once you pick it up, you won't want to put it down until you're finished."  Ruthie at www.facebook.com/clark.ruthie?fref=ts

"A wonderfully entertaining read told from the viewpoint of nine year old Mai Lin as she grows up." By ladycamper

"Mai Lin's story is poignant. Mrs.Ingram did a fabulous job taking me to San Francisco right before the earth quaked in 1906" from Phyllis A. Still.

"Mai Lin: Another New Beginning by Gay Ingram is an easy, comfortable novel drawing the reader into the life of an eight year old Chinese girl." ByGaland Fox Nuchols

And one more from a male perspective: "I loved reading this book. I could picture this book as it was playing like a movie in my mind. Everything from the earth shake to people running through the streets just as if I was in a movie theatre watching it on the big screen.." By Steven

O'm ever so grateful for those readers who took the time to post a review. Thanks, folks!