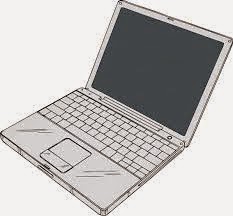 Ah-h-h, the trials and tribulations of being a computer user. Had to replace my laptop yesterday...it was an old Dell a friend gave me a couple years back. In spite of all my efforts to clean out the old stuff cluttering up the RAM, it was moving slower and slower So I bit the bullet, made a trip to my favorite computer shop, Computer Tech in Gilmer, TX, and purchased one of the re-furbished models they had on the floor.

Having invested in machines they refurbish in the past and being well-pleased with their customer service, I had confidence this new computer will work out. The purchase included a transfer of files and folders from the old to the new but not any programs I might have purchased and added myself. So...guess what I'll be doing today.

In the meantime, I've discovered the new laptop is telling me it's connected by wireless to the internet feed but the computer doesn't respond to that information. So far, no access to the internet. In order to get this written, I've had to resort to my husband's ancient desktop which he refuses to allow me to upgrade. He's still not comfortable around computers although I have to admit he's learned how to find himself around Google pretty well. At least, the "vital" information he shares with me would indicate that.

So, today will be devoted to getting the new machine up and running...except for the time-out to take Sammi, our cat, to the vet for her yearly shots. But that's another tale.
Posted by Unknown at 5:53:00 AM