Am I Boring You? 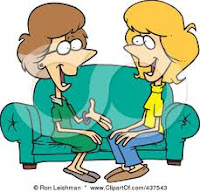 Flibbertigibbet. This musical-sounding word, doesn’t come into use very often. I like the sound of it; it means a chattering or flighty, light-headed person.

A medieval morality play written around 1425, The Castle of Perseverance, records the first instance various forms of the word was used including, flepergebet, flypyrgebet, and flepyrgebet, which were to crystalize later as flibbertigibbet.

In 1603, Samuel Harsnett, used Fliberdigibbet (with a "d") in his hilarious polemic A Declaration of Egregious Popish Impostures to denote not a gossiping fishwife, but a demon.

Shakespeare's King Lear (IV, (1605)) also uses the word.  He is one of the five fiends Edgar claimed possessed him.

A local legend states that Flibbertigibbet was apprentice to Wayland the Smith, and greatly exasperated his master. Eventually Wayland threw Flibbertigibbet down the hill and into a valley, where he transformed into a stone.

Another historical connection, and likely origin of the word, comes from "fly by the gibbet." A gibbet refers to a platform or cage used to execute criminals. The remains over time would be picked apart by small creatures and birds and thus 'fly away'.

"Fly by the Gibbet" may also have been used as a sailing expression to refer to hoisting the gibbet sail. This is a large sail that can be used when sailing with the direction of the wind to capture as much wind as possible.

In the musical The Sound of Music, the nuns sing "How do you solve a problem like Maria? How do you catch a cloud and pin it down? How do you find a word that means Maria? A flibbertigibbet. A will-o'-the-wisp. A clown."

So there you have it—an unusual-sounding word that could have several origins.