Listening To My Characters 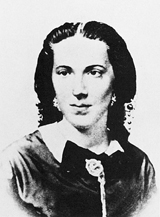 Someone once asked: where do your books come from? Lots of times, a character will make itself known to me in my head, and as we communicate, I begin to learn where and when that character lived and what the story is about.

Inspiration for another book came out of a dinner conversation. My husband asked me once if I knew that our first president, George Washington, was a surveyor. I did not. Curious, I did some research and found out the event of his father’s death (who had been a surveyor) became the catalyst for a major change in George’s life. Upon discovering his father's surveying instruments, George taught himself the trade and began to earn a living from surveying. My research motivated me to write a biography for Young Readers about those momentous ten years between his father’s death and his first Army commission; years that influenced the direction of his life. As yet unpublished, I have high hopes for an eventual publication of George Washington; From Surveyor to Soldier.

One of my earlier novels, Troubled Times, is set in the years before, during, and after the Civil War. I included incidents portraying historically important people at the time. This led me to look deeper into the life of a barely-mentioned character, Harriet Tubman. As I did more research, I discovered what an amazing person she was and felt compelled to share her life's story. I have since written a fictionalized biography for Young Readers about her unusual life.

My present work-in-progress is about another individual who lived during the Civil War era. Belle Boyd was a Southern lady in the truest sense. Only sixteen but her patriotism to the southern cause was so keen, she used her interactions with Federal soldiers of her acquaintance to gather vital information for Andrew Jackson. She even went to prison for a short period abefore being forced to flee to England where she lived for several years and wrote of her experiences there.

My stories normally begin with a character, someone living an ordinary life but experiencing extraordinary circumstances. Some way or other, a comment regarding a person of little regard will catch my attention and with a whole lot of research, I’m off and running to share the story about this fascinating person I’ve just learned about.