Who Stole My Thunder? 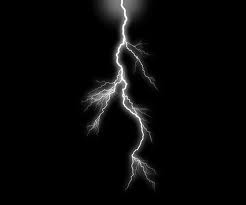 Ever hear the expression: 'steal your thunder'?

Perhaps it has to do with the god of thunder, Thor, Thrym, and Loki. Thrym stole Thor's hammer that created thunder. Then Thor sent Loki to get it back from Thrym. But various sources say this term is used when someone takes credit for something but the work is done by you. Someone 'steals your thunder' when they use your ideas or inventions to their own advantage.

Devices that produce the sound of thunder have been called on in theatrical productions for centuries. The methods used include - rolling metal balls down troughs, grinding lead shot in bowls, shaking sheets of thin metal. The latter device, called a thunder sheet, is still in use today.

In 1704, playwright, John Dennis invented a new method of creating the sound of thunder for the production of his own play, Appius and Virginia. Dennis's experience was the source of this attractive little phrase.
The play was not a success and was soon taken off in favor of a production of Macbeth.

On opening night, Dennis was astonished to hear his thunder machine being used. His response:  "Damn them! They will not let my play run, but they steal my thunder."